Waking up to news that one of your favorite celebrities has passed away is one of the worst things in the world and I don't want to experience it ever again. 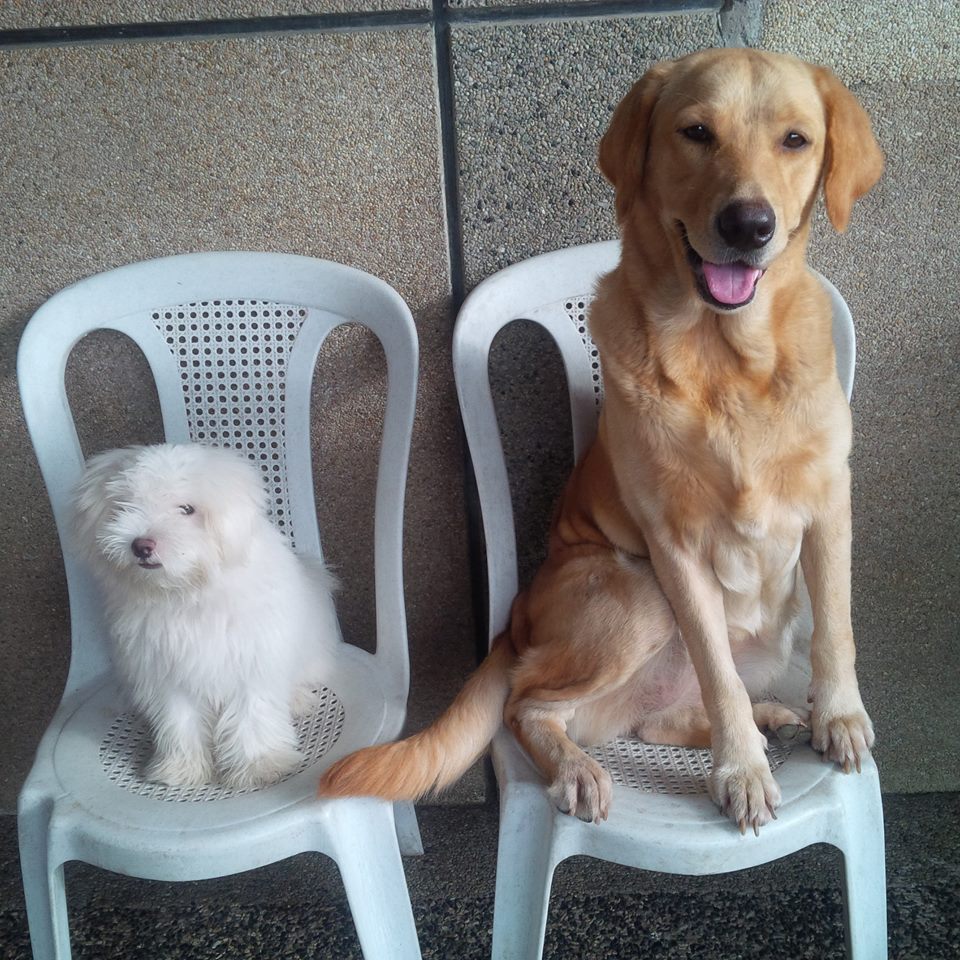 My brother posted this on Facebook and it makes me so happy cause I haven't seen them since March and I miss them sooooo much!

JCo (who I secretly call 'Aithusa') has gotten so big now! I kind of miss him being so small because I can just carry him around in my palm back then. And he looked like a tiny polar bear. But he's even fluffier now so that's alright. :D

Goldie, on the other hand, still thinks she's a puppy. I don't think she realizes she's huge and that she can't go jumping on people. I can't wait for her to have her own puppies so I can steal one and name him Arthur. I've been waiting forever for that. 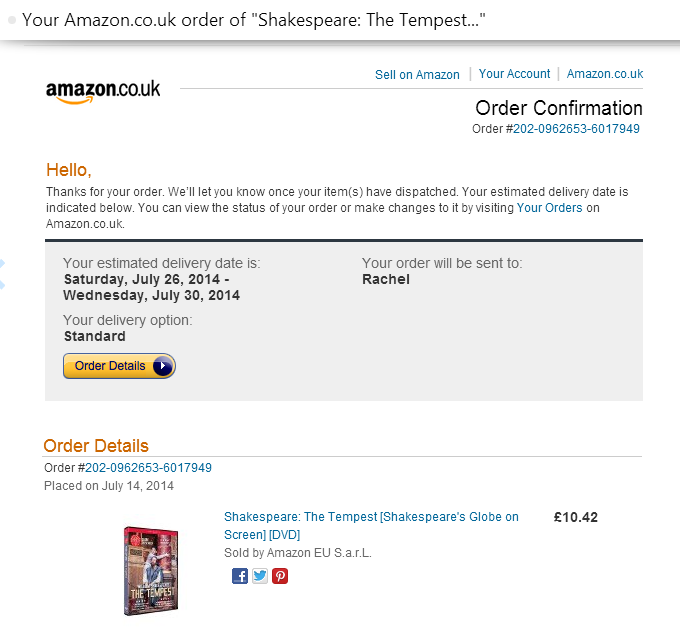 I spent a long time hiding in the washroom today at work because I freaked out over a small cockroach crawling on my desk and I was so stressed out that I wouldn't stop crying.

A month ago, our Maltese gave birth to a single pup and it's the most adorable thing ever.

He's still so tiny and he loves sleeping on this rabbit bowl and thinks it's some sort of a puppy cradle. :3 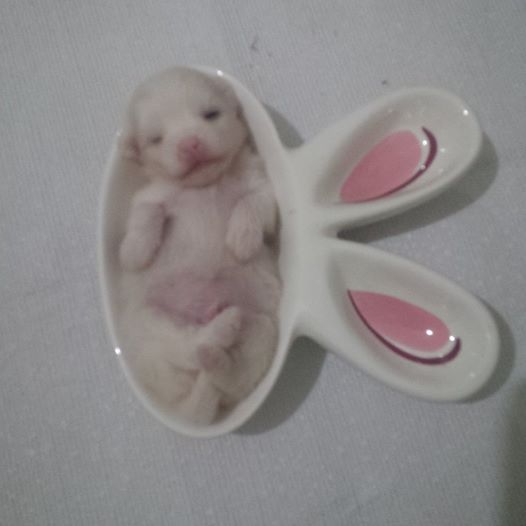 That picture was taken a week ago and now he's already a bit too big for his rabbit bowl but he still likes to squish himself in. :D 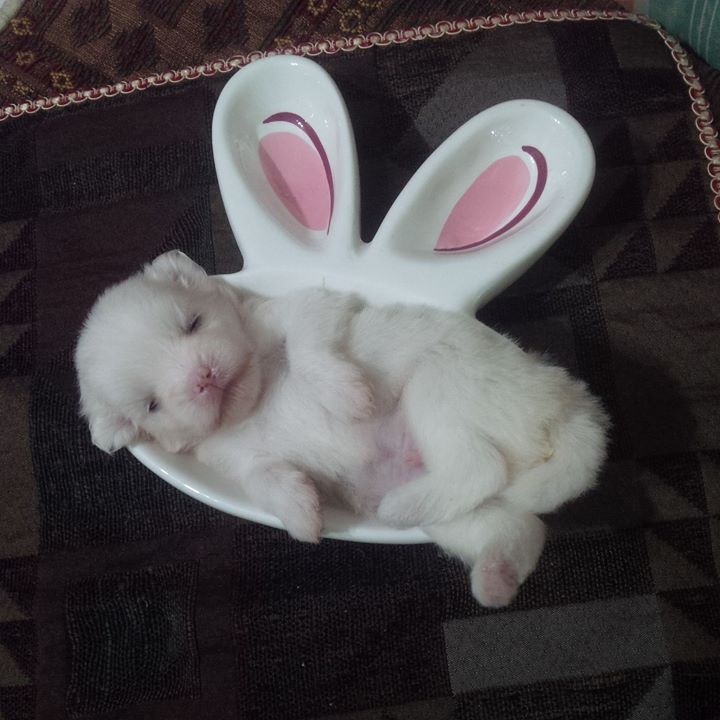 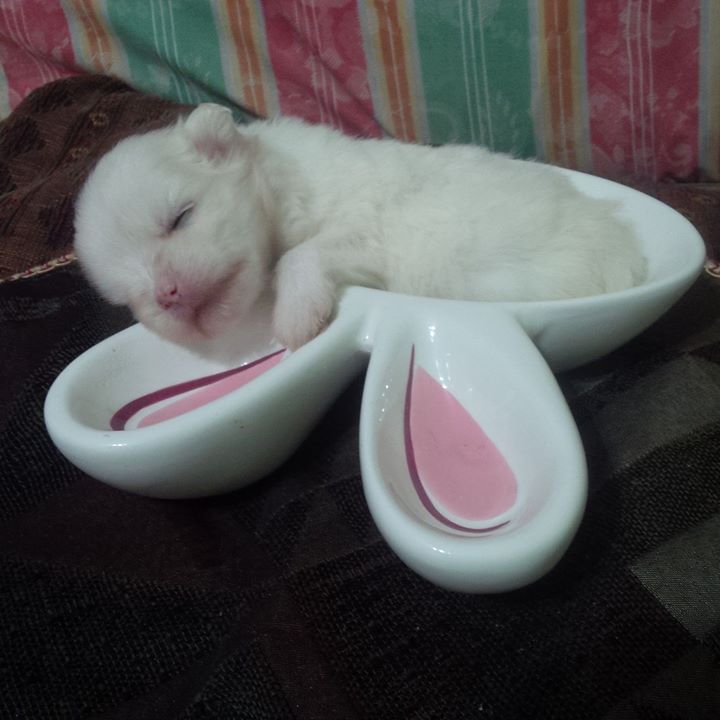 Finally found the time to update my fic archive blog. Got a bit lazy with the theme tags but I will update them on a later date (some of the fics I've read a long time ago so I need to read them again so I can tag properly). I just needed to de-clutter my bookmarks folder and GetPocket account (I seriously love this app. It's so handy for reading fics on my phone and archiving them after).

There's still quite a number of fics left to archive (like, a really huge number -- I don't even want to count) and I'm still trying to figure out how I've managed to read so much Merlin fanfiction in just less than two years. I just bookmark (almost) everything and I didn't realize that I've already read a lot. It's kind of mind-boggling.

Also, I've just realized that I've been reading fanfiction for almost half my life. What even.

No, that isn't a spoiler to anything.

Nicolas is my laptop, who had been in comatose for the last four months or so and is finally alive again. *tears of joy*

It's like having a sudden break up (Nicolas just decided one day that he doesn't want to start up no matter how much I beg him to), then having a rebound relationship (I've been using my cousin's laptop but she needed it back so I had to return it earlier this week), and then getting back together with the ex (I was so prepared to have my laptop reformatted tomorrow but I was like, for old times' sake I'm gonna try to turn it on again one last time before I say goodbye to my old settings forever, so I did and I was so surprised when it actually started up).

I sound like I'm having a (really unhealthy) relationship with my laptop but I'm just so so so so happy! I've had this laptop for more than three years already and I didn't really want to get a new one yet (I have attachment issues okay).

And I'm just really so excited right now, I don't even know what to do first with my laptop hahaha (well, I'm actually syncing all my bookmarks. Thank god for Google chrome and its sync settings. It's so much easier to sync bookmarks even when I'm using different computers)

Anyway, I'm gonna go back up all my files into my EHD just in case Nicolas decides to die on me again. But I really hope he doesn't because that would be totally not cool.

I had this dream about an interview of Richard Wilson where he said that if only everyone had decided to continue Merlin, there was already a rough plan for at least three more seasons.